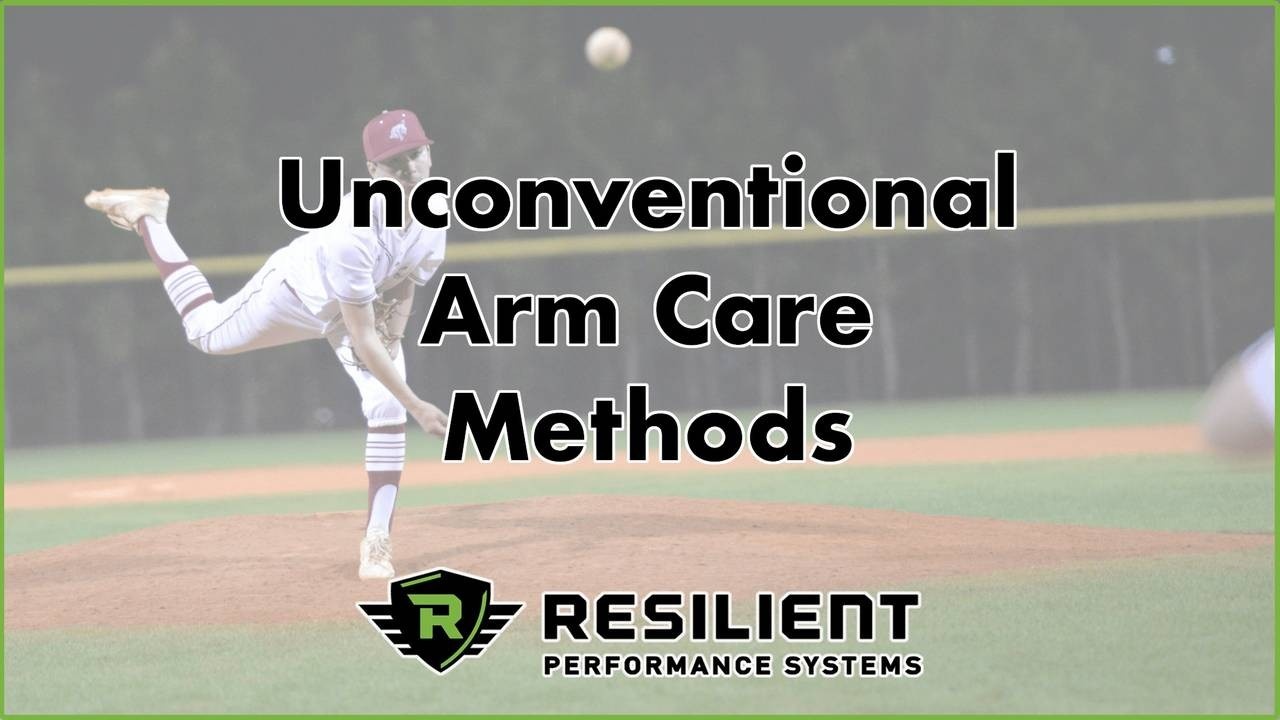 For those not typically entrenched in the baseball health and performance realm, "Arm Care" is a term and common type of training within baseball culture that is somewhat vague and inconsistently defined from person to person.

Traditionally, I would say that Arm Care has most commonly been synonymous with a certain subset of exercises specifically targeting isolation of the musculature surrounding the scapula, humerus, and forearm. It's most commonly implemented with pitchers and the goal would typically be to train these muscles for both injury prevention as well as for rehabilitation after a throwing injury.

We believe that Arm Care for a thrower is much more than checking the Throwers 10 box (often something like this) and moving on. I find this dissatisfying as it doesn't align with the physiological principles of adaptation which guide me to choose interventions and training methods with the purpose of improving speed, strength, power, etc.

Though I've spoken about the shortcomings of a traditional Throwers 10 type program, I don't however recommend it be removed completely as a puzzle piece from the year round Arm Care plan. However, this traditional and simplistic approach needs to be better understood and applied when appropriate. Perhaps the topic for another post, another day.

Instead, I offer a couple other options that are more interesting to me now and can be quickly inserted into a training program sooner than later.

Contact Preparation exercises were introduced to us by Andy Ryland (podcast episode with us here). Though pitching is a non-contact skill, the violent forces occurring in the shoulder might as well be a demolition derby. Because of the forces occurring at the shoulder, I think these exercises have a place within a performance program for a thrower.

This 46 video YouTube playlist shows a ton of options to use, however, some of the more common ones I'm using or consider more practical and applicable to the throwing population include:

I like the single arm variations of some of these as well but they are significantly more challenging and I don't always have the oversight to progress my throwers to the more advanced options before they are done with me. I don't know how much is appropriate to prescribe for your athlete so start with a little bit and progressively add more, like any other exercise. I'd say a good start might be 5-10 yards in each direction for the traveling exercises for a few sets or a few sets of 8-10 reps for the stationary ones.

Battle Ropes. Yup, you read that correctly! Nothing in the gym can truly mimic the speed and action of throwing but I think it's important we consider finding things that apply the forces of faster movements when we can. I like the stiffness required from the trunk, speed of shoulder movement, gripping action, and resistance to distraction forces at the shoulder. The plyometric-ish and/or ballistic nature of using ropes aren't often trained in a weight room for the arm. Therefore, I think there is utility to using battle ropes with your throwing athletes. Here are two simple options to consider trying with your athletes (after you do them first, of course).

The first video shows what I'd call extensive where the focus is on maintaining some speed with rhythm and quickly moving the rope up and down with quick changes in direction of the rope. I've used this for a few sets of 3 reps, 10 seconds on, 10 seconds off per rep.

The second video would be an intensive variation where the focus is to be as violent as possible with the rope ballistically slamming it into the ground. These can be programmed similarly to med ball throws, 4-6 sets of 4-8 reps or so makes sense to me.

What unconventional methods do you implement despite the cultural expectations of the athlete's sport?