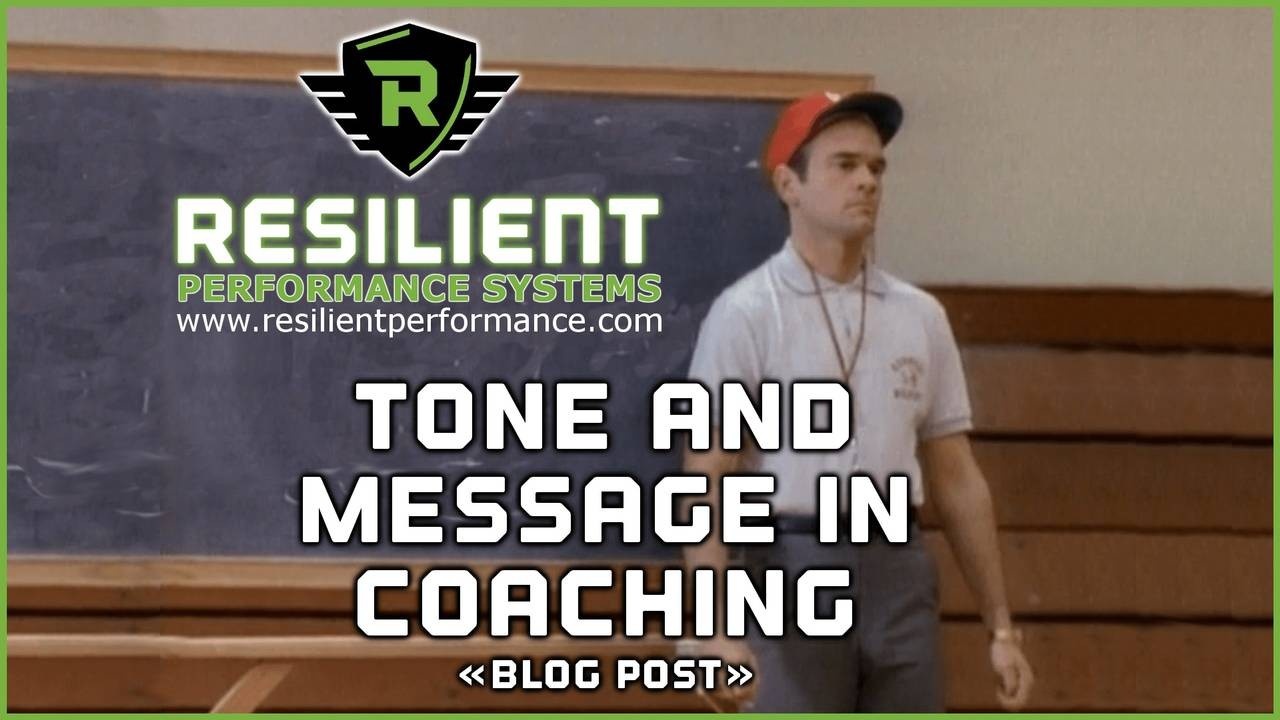 Tone and Message In Coaching

#Bucs DT Gerald McCoy on the recent video of DL coach Brentson Buckner chewing him out.

Recently, I’ve observed coaches from all levels sharing and celebrating the above tweet. On a micro level, Gerald McCoy should be commended for his mature, professional reaction to the manner in which his coach provided feedback to him. Understandably, many highly paid professional athletes exercise power over coaches and executives; fans don’t buy tickets to watch aged or unathletic people in suits play sports. The power pendulum has probably shifted too far in the athlete’s direction at the youth level, however, where children and their parents can coerce school boards into firing coaches on a whim without any kind of due process or reasonable standard. Athletes should be able to respond favorably to criticism, even that which is delivered loudly. McCoy’s response is a refreshing reminder to athletes of all ranks about the importance of personal accountability. The question on a macro level, however, is whether yelling at a player enhances the reception of a message in a way that betters outcomes. While I think McCoy’s conduct is praiseworthy, the above video does not make a definitive case that the tone can be totally separated from the message.

McCoy is a professional defensive lineman who presumably has been playing football for a significant portion of his life. He knows he’s not supposed to jump offsides. His ability to anticipate the snapcount and get off the line quickly is part of what makes him so successful at his craft. Like any defensive lineman, he sometimes initiates his move off the line too early. The ability to predict and react to the quarterback’s movement is a complex sensory and kinesthetic process. It’s not a given that yelling at a defensive end when he jumps offsides improves this sensory-motor processing. To be fair, it’s difficult to know exactly what happened from the above video so while I’ve referenced McCoy here, I really mean to speak in the abstract. I do think that sometimes coaches mistake execution errors with lack of awareness.

Screaming “YOU JUMPED OFFSIDES!” or “YOU MISSED THE FIELD GOAL!”, as occurs in American football, does not reveal what contributed to the failure in execution that led to the unfavorable outcome. Sometimes, these firm, albeit obvious statements about an athlete’s performance are followed by a productive analysis of how execution can be improved on subsequent plays. It just seems like this type of initial response to a failure in execution, while perhaps emotionally satisfying, seems redundant or even detrimental from an educational standpoint. I concede there may be other reasons besides enhancing execution for which highly emotional forms of communication may be indicated. However, “tough” coaching need not be celebrated simply because many athletes are overly entitled and sensitive.

I encountered some pretty “tough”, highly-focused people during my military career and after selection nobody really yelled during training. In fact, highly emotional people or those who “pinged”, as one of my former colleagues likes to call it, under stress were generally regarded as untrustworthy. In combat sports like boxing and mixed martial arts, coaches seldom yell at athletes when teaching them how to defend against strikes and submissions. Nobody really questions the toughness of people whose sport requires that they be punched or kicked in the face and choked out so sports like football, basketball, and baseball likely don’t require unique coaching practices when it comes to cultivating focus and technical ability. Both coaches and athletes should exercise ownership over performance outcomes. The athlete/coach relationship is a partnership, not a hierarchy. Hence the need for coaches to audit their own performance as critically as they do that of the athletes with whom they interact. A military parachutist freefalling while tethered to a 500lb barrel. ​The result of systematic preparation, not impulsive feedback.