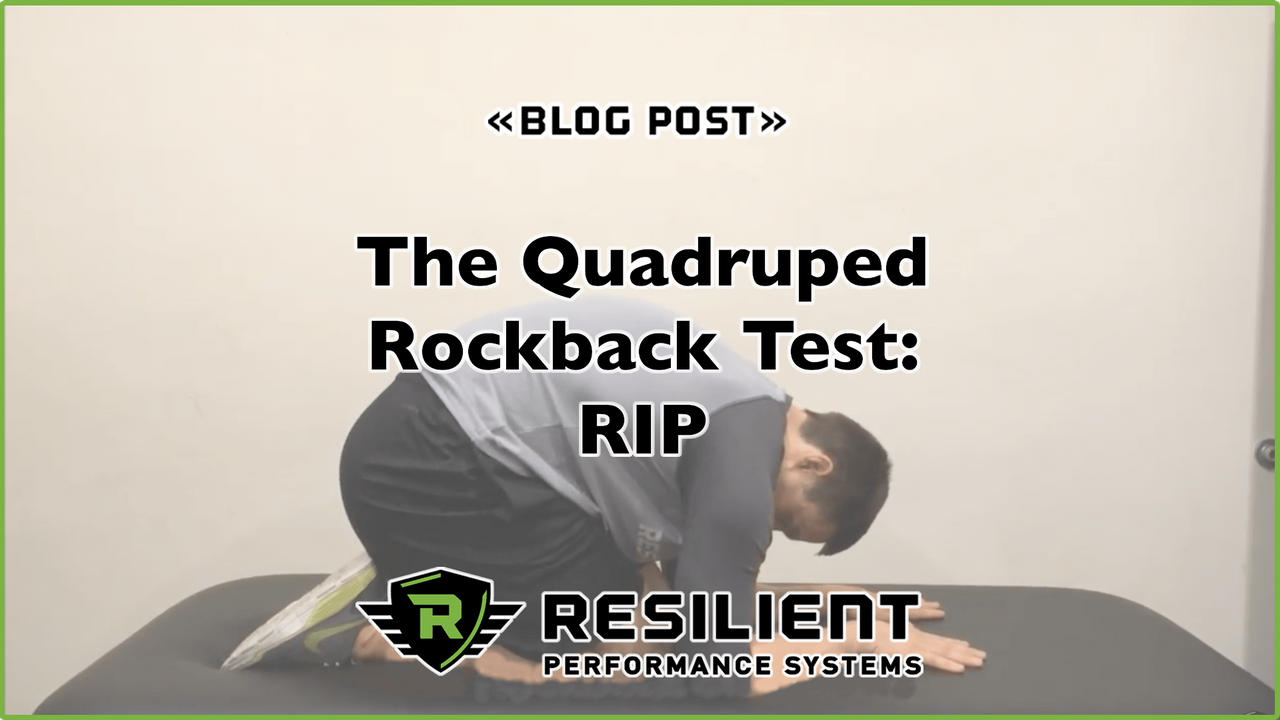 If you don’t feel like reading the entire article and just want the bottom line on the quadruped rockback test, I give you Michael Scott, Regional Manager of Dunder Mifflin Paper Company (Scranton Branch):

This test is supposed to help determine someone’s ideal squat depth and stance width based upon when his/her lordosis visibly reverses during quadruped “rocking”.  Assuming the test actually achieved this end, is the individual supposed to levitate into a standing position with a barbell and squat from said depth and stance width? The rockback test is an example of assessing something for the sake of assessing something despite its disconnect from the actual task.  The rockback test doesn’t account for motor control influences in standing that influence hip and lumbopelvic mechanics.  The placement of the feet on the ground during an actual squat sufficiently changes the context in a way that renders the rockback test obsolete.  Additionally, the presence of external load, as typically occurs during the squat exercise, is also pertinent.

An athlete who aces the rockback test might not necessarily perform as admirably during an actual squat even with a submaximal load.  The reverse is also true.  Some people seem to move “better” (bring the pitchforks movement nihilists) with additional load. If not the rockback test then what?