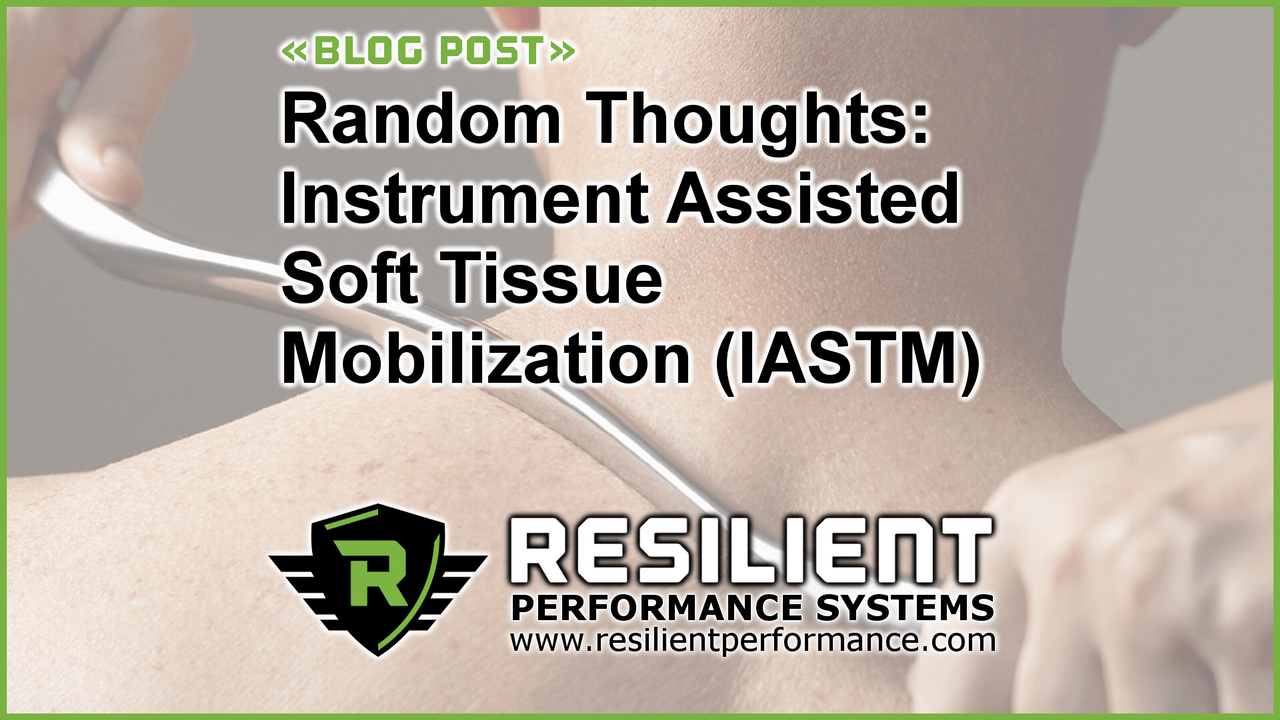 I recently encountered a Twitter post featuring a link to a systematic review that concluded “evidence does not support the use of IASTM”.  A thread ensued between snarky people who derided the use of IASTM and defenders who cited favorable clinical outcomes with IASTM.  I don’t personally utilize IASTM. I can’t exactly articulate why though I suspect it has less to do with what randomized controlled trials and systematic reviews say and more to do with the fact that time and resources are finite and I prefer to prioritize other things, some of which may not be “evidenced based” either.  I am not personally offended by IASTM, however, as some of the people on that thread appeared to be. Regardless of what the “evidence” may say, I trust that most providers aren’t using things like IASTM in isolation. Since I’m not privy to other clinicians’ complete treatment plans, I try to not judge them based on one thing they may do even if I don’t find that particular thing very influential.

I certainly have moments where I see something on the internet (not necessarily IASTM) and think to myself, “Wow, this is incredibly stupid.”  I also recognize that a snapshot of some of things I do, or perhaps even the entire portfolio, might yield a similar response from other professionals.  Moreover, while I totally support cooperation among health care providers and appreciate that the distinctions between various professions are often highly arbitrary, sports medicine practitioners, regardless of their speciality, are competing for market share.  If employing more evidenced based treatments yields such superior results, those critical of IASTM based on the results of a systematic review should, to some degree, welcome competition from less enlightened providers.

This is not a conversation about IASTM alone though.  One can substitute any treatment for which there is “poor evidence” for IASTM.  Critics of these modalities intimate that they are a waste of time and should be replaced by more evidenced based treatments.  I am always intrigued when people effectively tell others how to spend their time and money. I am also intrigued when medical providers attempt to dictate how their colleagues should practice.  Telling other professionals what they should and shouldn’t be doing is somewhat self-righteous which isn’t necessarily a bad thing when one considers the degree to which poor treatment has the potential to harm patients and undermine medicine as a field.  Self-righteousness often accompanies confidence and conviction but needs to be balanced by the humility of recognizing that there is no single arbiter of “evidence”.

To be sure, healthcare is a complicated case because market forces don’t operate as freely as they do in other spaces so we might have reason to care about how other people choose to spend their time and money when they are sick or injured.  Here are some things to consider when assessing a tool like IASTM in the absence of empirical data supporting its effectiveness:

In conclusion, it is fair to question the benefit of something like IASTM in a complex healthcare environment. Randomized controlled trials and systematic reviews should help inform the discussion, not end it. Additionally, rehabilitation providers who wish that IASTM would cease to exist might consider that their treatment(s) of choice could soon disappear too depending on who ultimately presides over the “evidence”.