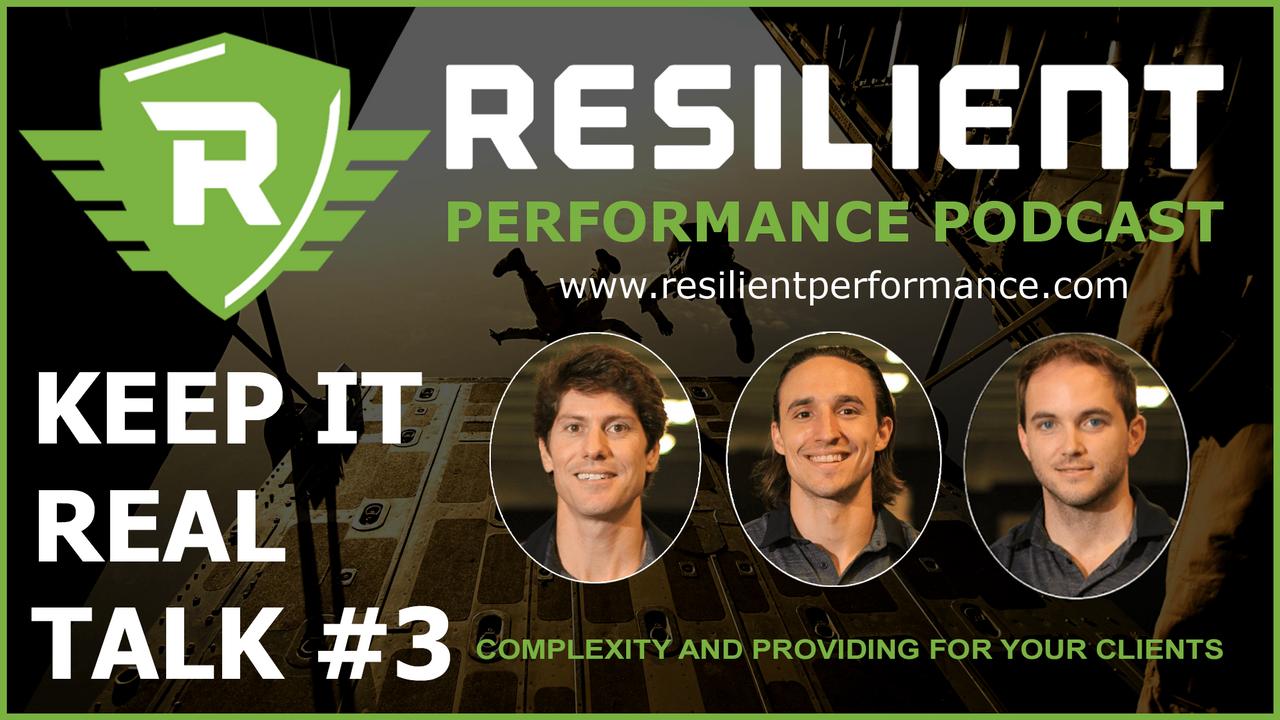 E50 | Keep It Real Talk #3: Complexity and Providing for Your Clients

In this week's episode, we dive into another #KeepItReal talk with Resilient's Greg, Trevor, and Doug.    We wanted to talk a bit about some complexity when selecting interventions, and trying to keep things as simple as possible.