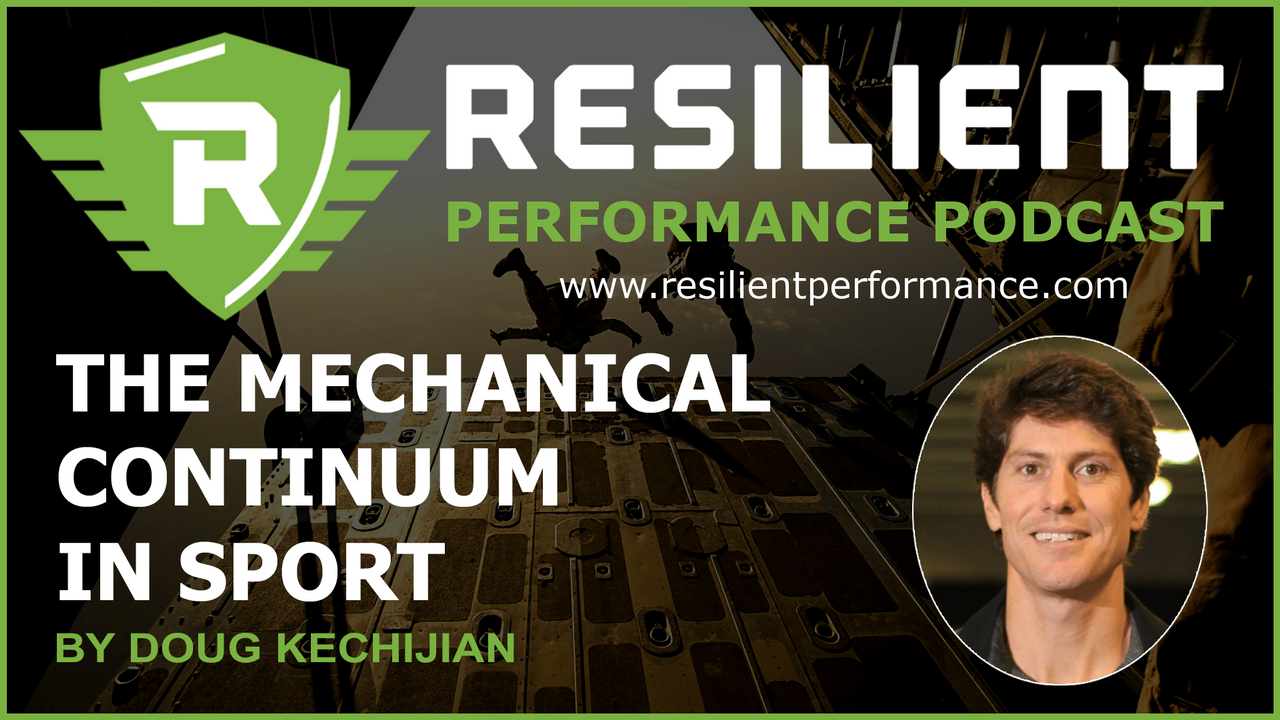 E46 | The Mechanical Continuum In Sport

- ”All models are wrong but some are useful”, George Box

- ”All models are wrong but some are deadly”, Nassim Taleb

Caveat: I use “mechanics” and “movement” here interchangeably. While I appreciate that “movement” is more encompassing than “mechanics” because the former accounts for perceptual and neurophysiological inputs and outputs, “mechanics”, really positions, are less esoteric from a coaching standpoint. These positions reflect perceptual influences without having to employ something like an fMRI or PET scan. We coach with our eyes and positions or mechanics are easier to observe.

Like any model, the biomechanical one exists on a continuum, not as an absolute, all encompassing explanation of reality. The alternative to a world without models is nihilism. Movement models in sport should account for patterns or concepts that are seemingly non-negotiable (e.g. one can’t carve a turn in skiing without getting the ski on edge) while allowing for individualized, idiosyncratic behavior (e.g. Jim Furyk swing hitch). Good models simultaneously stand for something and encourage optionality or bandwidth. Hence “optimal” movement, if it can even be identified, isn’t a singular behavior but a range of acceptable behaviors. To deem something acceptable means other things are unacceptable depending on the context. In elite sport, the range of “acceptable” is small.

Idiosyncratic behavior does not violate the non-negotiables, like getting the ski on edge. Violations of the conceptual pillars that underlie models are thus not idiosyncratic but faults an athlete must generally be coached to overcome. Movement indifference occurs when any observable movement pattern is deemed sound because it is somehow organic, personalized, and natural. Movement indifference doesn’t respect models; every situation is completely unique and there exist no emergent macro level patterns from which to generalize behavior. Every athlete is thus a wheel that must be reinvented. Mechanical discussions at the elite level are necessarily different than those that occur at the novice level. Professional track coaches might disagree about the utility of something like the “toe drag” during the acceleration phase of sprinting. They might also disagree about whether something like Bolt’s pronounced hip adduction out of the blocks 1) matters and 2) can actually be changed at competition intensity. They don’t disagree, however, about whether sprinters need to achieve full extension at terminal stance (e.g. no breaking at the hips) at an acceptable projection angle to accelerate effectively. While some sprinters at the elite level achieve these positions better than others, the “poorer” starters in the Olympics look much different, and better, than non-track athletes even while controlling for a block start.

Looks good from this angle. Nevertheless the following logic is not uncommon among team sport coaches and physios: Usain Bolt is the fastest man ever and his knees cave inward during the start → Technique is overrated → The manner in which team sport or recreational athletes “self-organize” while running is necessarily the best strategy I’m not sure I agree with this line of thinking because not all kinematic actions influence performance in a meaningful way. In reality, people are probably less averse to models than to ridiculous takes (e.g. somebody on the internet who’s never trained a single sprinter opining that Bolt could be even faster if he incorporated more lateral band walks).

Moreover, where is hip adduction out of the blocks explicitly forbidden by the track and field model? Track and field models need to be adapted to team sports but the acceleration patterns below are probably less influenced by playing with a bat or a glove than by lack of formal running coaching in baseball: https://www.youtube.com/watch?v=W8_1MzKNU9A. Time and resources are finite so in these athletes’ hierarchy of needs it might not make sense to alter or prioritize acceleration mechanics.

However, it is an evasion of professional responsibility to assume that how an athlete accelerates doesn’t matter as a default position. For physios in particular, it can be comforting to convince oneself that something we didn’t learn in graduate school must not be important. That self-comfort can come at the expense of athlete readiness. We often don’t know what matters until we tinker with the system, responsibly of course, and create an environment that allows for alternative behaviors to emerge. Athlete self-organization and coaching/feedback aren’t mutually exclusive. Good coaching allows for better self-organization. The point of training is to artificially manipulate the environment to bias desired physiological, technical, and tactical adaptations. Good coaching differentiates idiosyncratic noise (Paula Radcliffe headbob, Michael Johnson extended posture) from performance signal. Nihilists only see differences, never similarities.

With regard to sprinting these similarities are concisely summarized by Dr. Ken Clark’s graphic tutorials. These similarities are the conceptual pillars of the movement model in sprinting. We can see the manifestation of these concepts below: https://www.youtube.com/watch?v=4fjC1Oim0UQ. The similarities here outweigh the differences, Bolt’s hip adduction at the start of the race notwithstanding. Contrast these shapes with how most elite soccer players run without the ball and the difference between the two groups isn’t just idiosyncratic. Again, the performance benefit from changing a soccer player’s running mechanics off the ball may not justify the opportunity cost. That distinction does not render a technical model in running obsolete, however, just because the appropriate application of that model is contingent upon a host of variables. While there is admittedly a selection bias in using world class sprinters to support a technical model running, it is not uncontroversial to say that prioritizing certain positions (e.g. coaching) plays some role in their development.

Moreover, effective self-organization or motor output is contingent upon athletes having sufficient movement options available to them and an environment that allows for the exploration of different solutions. In real life, athletes do not live in an informational vacuum. While accelerating, as an example, many athletes are cued to “stay low”, which can result in folding at the hips and excessive backside action while transitioning to upright mechanics. Without inquiring about what athletes are thinking or how they were instructed in the past, coaches can mistakenly assume that a particular behavior is a truly emergent solution instead of an explicitly rehearsed pattern, for better or worse. Athletes seldom show up as clean slates so it can be hard to differentiate their true movement signature from their previous coaches’ influence. Athletes specialize and receive technical coaching of varying quality at increasingly early ages so movement professionals shouldn’t assume that the phenomena they’re observing is so “authentic” that it should be exempt from scrutiny.

Additionally, output in a whole movement requires coordination among a working set of parts. A requisite or baseline level of function at individual joints, a movement alphabet, is necessary for healthy movement expression and high level performance. The manner in which many athletes express themselves is constrained by lack of movement options, a consequence of early specialization and the unvaried nature of modern life. Again, coaches and rehabilitation providers can’t assume that the observable whole is a decent solution without ensuring that the relevant parts are in working order. Imagine an American football player who runs with an asymmetrical heel recovery. Maybe this asymmetry adversely affects performance, maybe it doesn’t. What if the asymmetrical heel recovery can be attributed to limited knee flexion on the affected side from a previous ACL reconstruction? Restoring full knee flexion to the affected side would give the athlete the option to employ a higher heel recovery where it wasn’t mechanically possible before. Athletes are more likely to generate sound solutions when they have real “choices”. Many athletes are constrained by lack of movement options. Hence there’s a difference between behavior that is truly a choice and behavior that is compensatory.

In conclusion, movement models, however incomplete, can help guide skill development. No two athletes move the same way but there are emergent patterns that explain success within and between sports. That some critics fail to differentiate between individual expression and overarching principles is not an indictment on the construct of models. Moreover, movement models will continue to evolve over time to more effectively filter signal from noise. When in doubt, it is better to learn a model (e.g track and field linear speed) and decide not to apply it for a different purpose (multi-directional team sports played with implements) than to rationalize that something isn’t important at all and therefore not worthy of the educational investment. Just as movement options make an athlete more adaptable and resilient, an appreciation for and access to multiple models allows coaches to make better connections and more informed decisions.