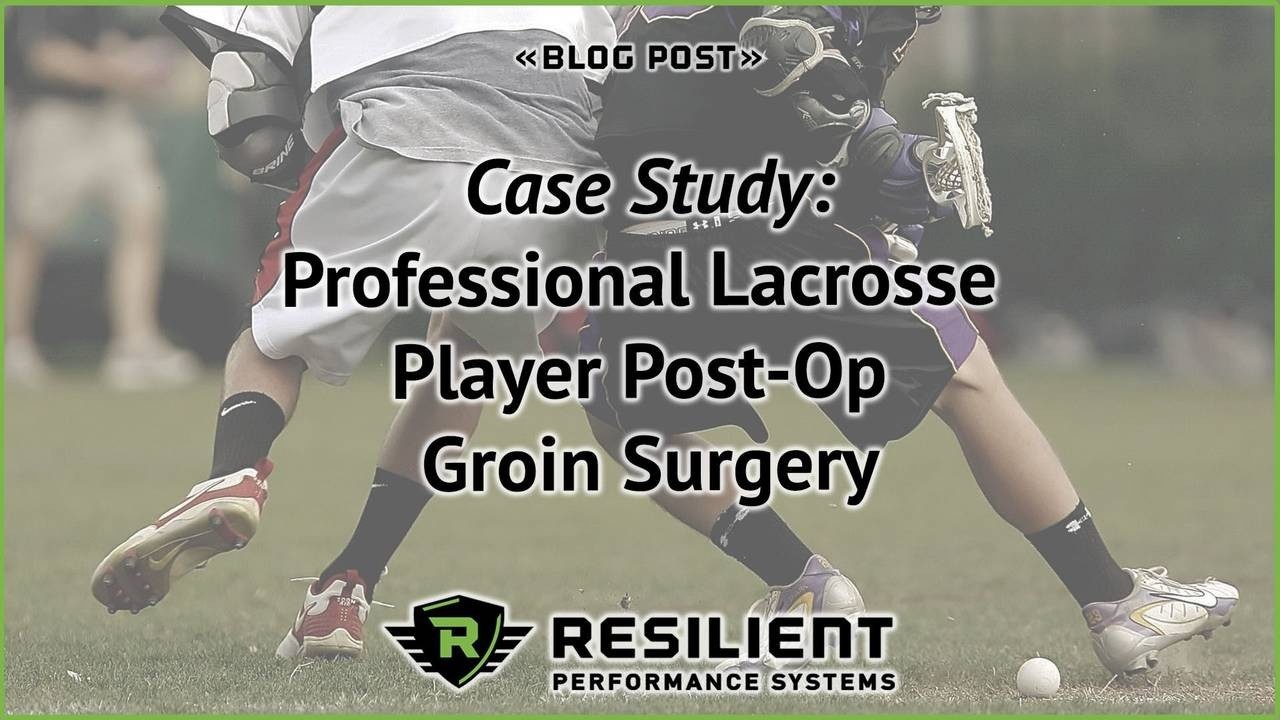 There are too many abstract discussions in the performance space these days about how to train and rehabilitate athletes.  These circular arguments usually yield nothing substantive or actionable because providers spend too much time defending their ideology and trying to articulate why they are in the right instead of just being transparent and “showing their portfolio”.  As an example, investors should demand that financial advisers share their own portfolios instead of pontificating about macroeconomic theory. Words matter but what people do when they have skin in the game reveals more about them than their explanatory justifications for said actions.

The point of these case studies is not to suggest that what we did in any of these situations is particularly good.  If we’re being honest, we don’t always have robust outcome measures to suggest that what we do really “works”. More often than not, we default to the eye test.  We coach and own our decisions. The intent here, therefore, is to be completely transparent about what we did when an athlete’s time, money, and readiness was at stake in hopes that other providers share their experiences and contribute to a more genuine collective conversation.

29 year old male professional lacrosse midfielder status post left adductor release surgery six weeks prior to his initial consult.  We had no previous contact with this athlete prior to the operation. Earlier in his career, the athlete underwent a left knee meniscectomy and right Jones fracture fixation.  The athlete reported that bilateral hamstring and groin injuries had plagued him throughout his career with symptoms being more pronounced on his left side. Protocol wise there were no silver rule parameters from the surgeon so the progression was guided by absence of symptom provocation, sound exercise technique/eye test, and the demands of the sport.  Sprint, extensive tempo, and change of direction volumes during latter blocks of the plan of care were influenced by the professional lacrosse time motion studies available at the time.

-Time: 4.5 months until the start of training camp

-Logistics:  Not conducive to reactive change of direction work, small sided games, scrimmaging, or anything involving a training partner hence the absence of these items in the program.  Ample access to turf and track space, lacrosse cages, and gym equipment.

-Financial: Rehab was covered by workman’s comp.  Initially, the provider authorized 16 visits over 6 weeks.  We asked if those 16 visits could be covered over 4 months (4/month) instead of 6 weeks to better utilize the available budget.  The provider agreed to these terms but specified that 16 total visits was all it would authorize. Every month for four months, the athlete was evaluated and supervised for the first few sessions of each training block.  The athlete completed the remainder of the block on his own (with email and call/text support) and returned for monthly reevaluations and guidance until the completion of the program.

-Interpersonal Factors:  Model athlete in terms of enthusiasm and motivation to prepare and compete.  Athlete was completing an MBA program during the offseason but reported that he could devote as much time as was necessary to report to camp in excellent condition.  Athlete’s previous offseason training was very strength oriented with little emphasis on sprint technique and multi-directional speed work despite his previous injuries being sustained or exacerbated solely while running.  The athlete was completely receptive to training differently this time around. For context, the athlete was invited to several NFL training camps after college despite not having played football since high school. His performance in (lacrosse) combine style testing rivaled that of highly drafted skill position players in the professional American football.

-Analysis of running mechanics revealed a noticeable overstride and folding at the hips during upright running.  Very “backside”. Vertical force production was thus a huge rehab and training emphasis. Derek Hansen worked with the athlete during a seminar in New York.  Derek’s insight was extremely helpful.

-Ultimately, the athlete completed the season without symptom provocation or non-contact lacrosse or running-related injury

Like this article? You'll love our free hip program (sign up below) and Movement Foundations Online Course