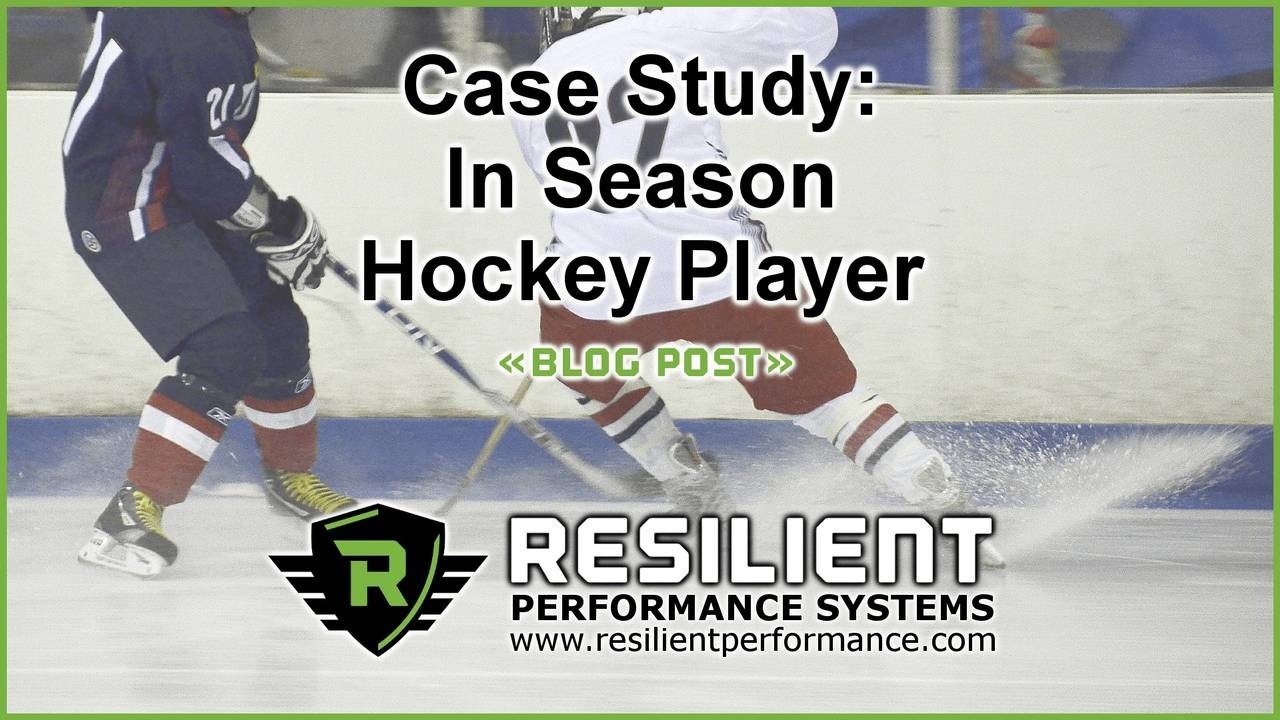 The reason for sharing case studies is to start a collective conversation, not to suggest that there's anything particularly sound or exemplary about the methodology. Many people agree in the abstract and pay homage to things like progressive overload, periodization, graded exposure, and desensitization but rehabilitation and coaching ultimately require actionable decision making and the application of theoretical concepts. We share these examples to demonstrate what we do when we have real skin in the game- when we're professionally responsible for someone's preparation. Population based studies can be informative but individual cases promote greater clinical transparency. We welcome the scrutiny that accompanies this transparency even if it comes at the expense of our mistakes.

Professional hockey player (in season) w/history of chronic bilateral groin pain (including labral repair on one hip), current grade 1 AC joint separation (occurred during a recent game), and chronic bilateral pain at junction between lat and tricep.  Athlete also attends national team camps throughout the year, including during the professional team’s season. Skating load during the season is substantial and the athlete doesn’t tolerate off-ice, eccentrically-oriented adductor well when the on ice volume is high.  I do think the athlete would ultimately benefit from more direct adductor work when the on-ice demand is lower. We manage the groin in season by maintaining sagittal plane lower body strength and proximal anti-rotation ability while adhering to a high technical standard on all exercises. With the AC joint separation, horizontal pressing is too painful to perform but everything listed below is well tolerated.  Lat/tricep pain occurs with no predictable pattern or mechanism of injury. Recent MRI of both triceps was unremarkable and clinical exam revealed no obvious pathology. The team orthopedist and I agreed the athlete isn’t at risk for additional injury by playing but we’re unable to come up with a definitive diagnosis. The program below is replete with direct lat and tricep work to give the athlete confidence that if there was a significant injury there, it would manifest in training.  In season, the athlete plays one game per week, usually on Saturday or Sunday, and practices 2-4 days/week at varying intensities. National team camps occur several times throughout the year and last 1-2 weeks at time. The volume of practice and game play at these camps is significantly higher than what the athlete encounters on the professional team.

Like this article? You'll love our free hip program (sign up below) and Movement Foundations Online Course