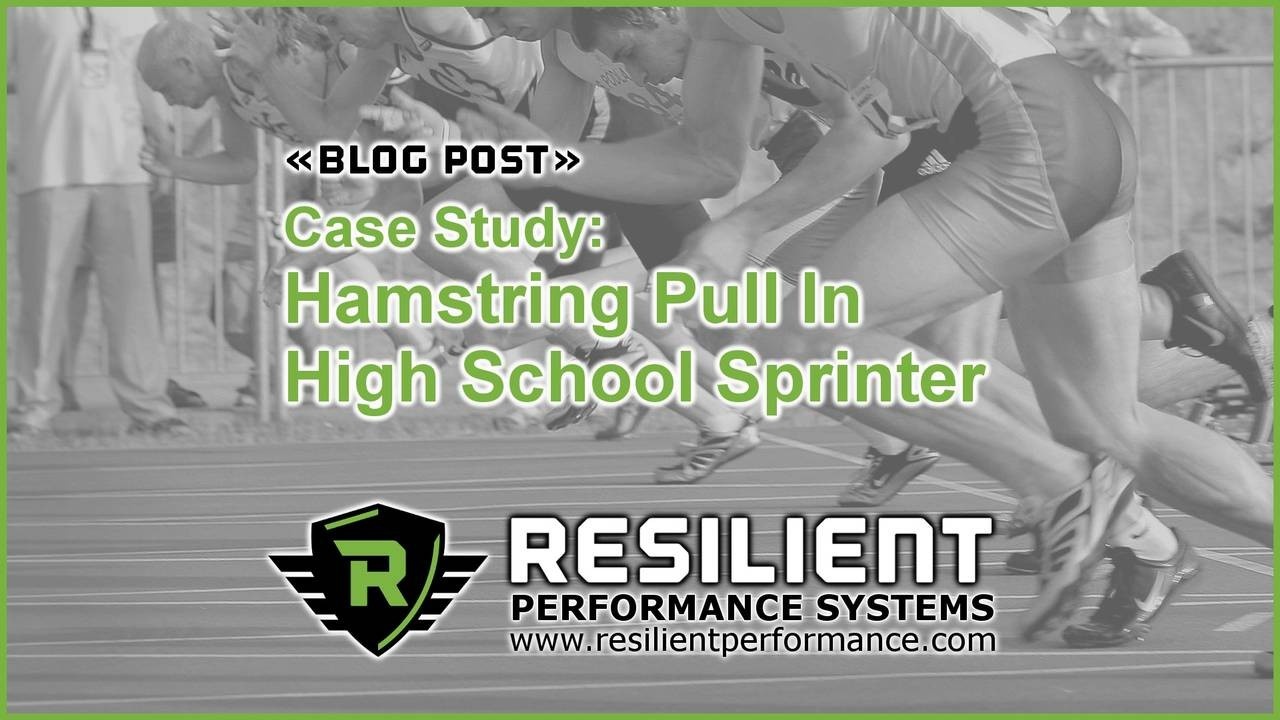 There are too many abstract discussions in the performance space these days about how to train and rehabilitate athletes. These circular arguments usually yield nothing substantive or actionable because providers spend too much time defending their ideology and trying to articulate why they are in the right instead of just being transparent and “showing their portfolio”. As an example, investors should demand that financial advisers share their own portfolios instead of pontificating about macroeconomic theory. Words matter but what people do when they have skin in the game reveals more about them than their explanatory justifications for said actions.

The point of these case studies is not to suggest that what we did in any of these situations is particularly good. If we’re being honest, we don’t always have robust outcome measures to suggest that what we do really “works”. More often than not, we default to the eye test. We coach and own our decisions. The intent here, therefore, is to be completely transparent about what we did when an athlete’s time, money, and readiness was at stake in hopes that other providers share their experiences and contribute to a more genuine collective conversation.

Male high school senior sprinter who sustained a grade 2 left hamstring strain/tear (confirmed by MRI) during the final heat of the indoor state meet. For context, his personal best in the 100m was 11.04s (outdoor) and he had committed to attending a Pac 12 program in the fall. He’d only been running track competitively for two years but was always one of the “really fast kids” when he played team sports.  He had rehabbed with another provider but never attempted anything that resembled running in the eight weeks since the original injury. When asked directly, the athlete reported to us that goblet squatting was the most aggressive activity he performed prior to our evaluation. He also reported that a physician told him to sit out the spring season “because the tissue has to heal”. To be fair, we never spoke to that physician directly and therefore received this information second hand. We did not reach out to said physician because the athlete was a direct access patient looking for a completely different plan of care. Understandably, the athlete did not want to miss the spring season so pending any red flags during the evaluation, our intention was to prepare him for his first team practice which was exactly two weeks away. To be clear, our definition of success here was preparing the athlete to confidently and asymptomatically practice with his team, not necessarily to make him faster or meet ready in the little time that we had available.

Day 1: This routine served as the warm-up for subsequent sessions, usually completed on the athlete’s own time immediately prior to the scheduled session.

Running mechanics were assessed and coached during A1-H1. A1-F1 served as the dynamic warm-up for all subsequent sessions. Curve treadmill (TechnoGym Skillmill) was used for any run over 15m to allow for easier real-time coaching/cuing and to account for facility’s space limitations. The primary goal for this session was to get the athlete running again without putting the hamstring at substantial risk hence the resisted or short accelerations and tempo runs performed at moderate velocities.

E1. Long Seated Arm Action - 2x10s, performed on bench so as not to limit arm action

D1. Assault Bike Sprints - 15x6-8s at max RPMs, EMOM, intent was to get athlete to move at maximal velocity in non-threatening way

A1. Airplane Strides on Curve - x4, athlete instructed to run with arms outstretched to sides like airplane wings to work on vertical posture and rotational stability

B1. Overhead Strides on Curve - x5, athlete instructed to run with arms overhead to work on vertical posture and rotational stability

C1. Flying 5's on Curve - x8, athlete instructed to work up to speed then run for 5's as fast but relaxed as possible

A1. 50m with Walk In Start (Turf) - x3, athlete instructed to run 50m after 5m walk-in as fast as possible without “pressing”, each rep had to pass the “eye test” or athlete was instructed to slow down

B1. Jump Down Accelerations - 3x20m, athlete instructed to jump from 4th step on staircase to turf, land under control then accelerate to 20m

Day 12: Athlete had to cancel the session. Started practicing with his team on Day 15. Reported feeling healthy and confident but we had no oversight over his programming from that point forward. He could possibly have achieved the same result had he just showed up for the first day of practice. Again, we’re not suggesting the above is “good”- it’s just what we did...